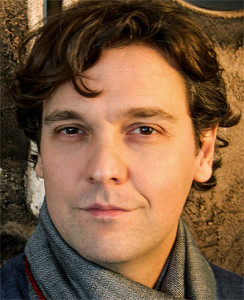 Matteo Mecacci, who was born in Firenze (Florence), Italy, served as a member of the Italian Chamber of Deputies (on its Foreign Affairs Committee) as well as an elected official of the Organization for Security and Co-operation in Europe (OSCE) Parliamentary Assembly.

Matteo was elected Chairperson of the Italian Parliamentary Intergroup for Tibet after being voted in as Deputy for the Radical Party on the Democratic Party lists at the 2008 general elections. In November 2009, he organized the 5th World Parliamentarians Convention on Tibet in Rome, which hosted the Dalai Lama and established an International Network of Parliamentarians on Tibet (INPaT). He became Co-Chair of the network with Member of the European Parliament (MEP) Thomas Mann in June 2010. Matteo has played an active role in promoting Tibetan democracy in exile, and was a member of the Tibetan Election Observation Mission in March, 2011 when the Tibetan community in exile undertook elections for the Central Tibetan Administration leadership.

Matteo served as the representative of the Transnational Radical Party and No Peace Without Justice at the United Nations in New York from 2000 to 2008, where he coordinated various campaigns to foster democracy and protect human rights. He was part of a coalition of international NGOs advocating the reform of the United Nations – in particular the United Nations Commission on Human Rights – and he was one of the promoters of the International Steering Committee of the Community of Democracies.

He also played an important role in the international campaign that led in 2007 to the adoption of the first UN General Assembly resolution calling for a world moratorium of capital executions and the abolition of the death penalty, and for assisting various countries in adhering to the Rome statute that established the International Criminal Court.

As a member of the OSCE Parliamentary Assembly, Matteo was elected in 2009 and 2010 as Rapporteur and in 2011 and 2012 as Chairman of the Committee on Democracy and Human Rights and took part in numerous electoral monitoring missions, including Moldavia, the United Kingdom, Bosnia and Herzegovina, Armenia, the United States, Belarus, Kazakhstan, Macedonia, Turkey, Tunisia, Ukraine, Kyrgyzstan, Russia, and Serbia. In 2012, he was appointed by the Chairman in Office of the OSCE, the Irish Government, as Special Coordinator of the OSCE Short Term Election Observation Mission in Serbia and Belarus.

Matteo studied international law at the University of Firenze and was a keen soccer player before deciding to get involved in politics as a young activist.

Matteo lives with his partner Barbara, an actress and award-winning documentary film-maker who is also focused on human rights issues, and stepson Tommaso, who is a young musician, actor and singer. He loves traveling, reading, opera, music, art and theatre.