By International Campaign for Tibet|April 28, 2021| 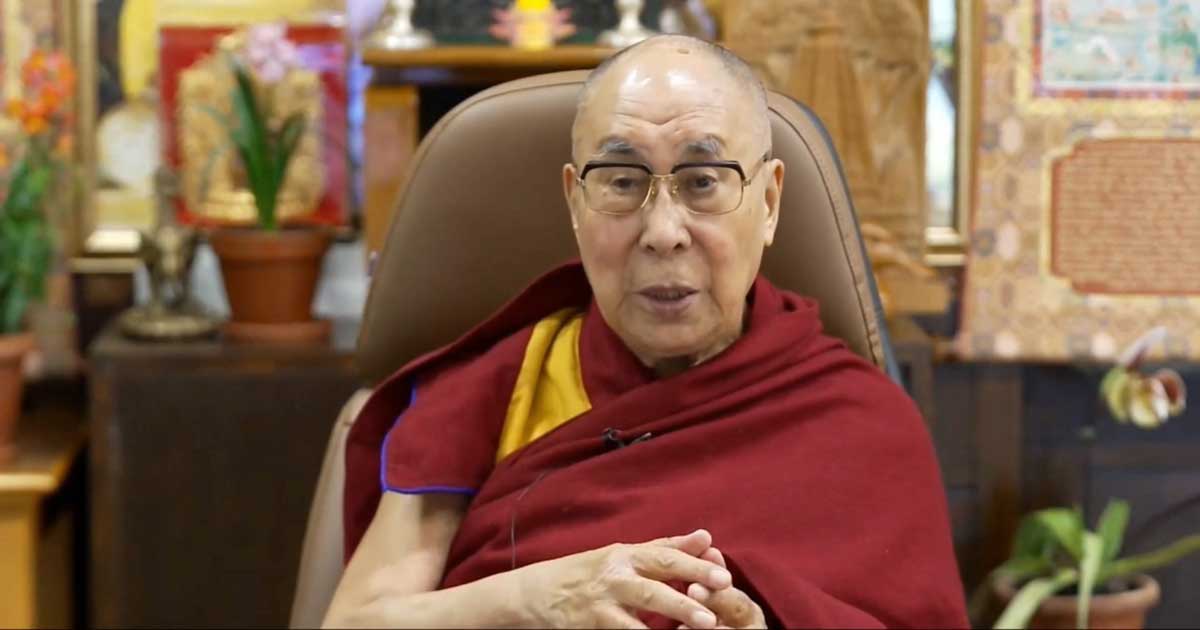 The Dalai Lama speaks about climate change and shared humanity at the first Nobel Prize Summit on April 27, 2021.

The Dalai Lama urged people to act on their shared interests to create a more sustainable future for the planet in remarks this week at the first Nobel Prize Summit. He also called for a fairer distribution of wealth, better emotional hygiene and education that teaches humanity’s oneness.

The 1989 winner of the Nobel Peace Prize, the Dalai Lama was the first Nobel laureate to receive the award specifically for environmental efforts—in addition to his advocacy for a peaceful end to China’s oppression in Tibet.

At the summit yesterday, April 27, 2021, the Dalai Lama said, laughing, “If we really try to live on Mars, impossible!” He added: “So therefore, only this planet, the blue planet, is our only home.”

The summit, titled “Our Planet, Our Future,” has brought together Nobel laureates, scientists, policymakers, business executives and youth leaders to discuss opportunities to put the world on a path to greater sustainability this decade. The first-of-its-kind summit ends today.

The Dalai Lama spoke at the event in an interview with Marcia McNutt, president of the US National Academy of Sciences, and Johan Rockström, director of the Potsdam Institute for Climate Impact Research.

His Holiness noted that global warming has been getting worse for decades. His homeland of Tibet—which the Chinese government forced him to flee more than 60 years ago as it annexed the country—is warming nearly three times faster than the global average, thanks in part to China’s reckless development policies.

“We should pay more attention about ecology and preserve water resources,” the Dalai Lama said. But, he added, “We really need a concept of oneness of 7 billion human beings. We all live on one planet. Our basic way of life is the same. So according to that reality, no longer emphasis on my nation, my country. Now we should think more of humanity.”

To achieve that, His Holiness recommended education that promotes our shared humanity.

“I think education is a key thing,” he said. “Usually our thinking is short-sighted and narrow-minded: interest for myself and my community, my nation.

“The best way for your interest is to think about the well-being of humanity on this planet,” he said. “That’s the best way to achieve your own happiness since we are part of the human society. All this is very much related with education and a more broad mind, holistic way of thinking.”

The Dalai Lama also encouraged focusing on emotional hygiene to complement the achievements that science has made in physical health and hygiene.

“The Indian tradition of training our mind, not just through faith but through reasoning, we can combine with scientists,” said the Dalai Lama, who has lived in exile in India since 1959.

As the spiritual leader of Tibetan Buddhism, His Holiness said Buddhism fits with science because it emphasizes logic.

“The Tibetan Buddhist tradition, the Nalanda tradition [out of which Tibetan Buddhism grew], is very much a logical approach,” he said. “So this goes very well with modern science.”

He added that he has been collaborating with scientists for years.

The Dalai Lama, one of the most admired people on Earth, also criticized the enormous gap between rich and poor.

“I think on a global level, there’s a problem,” he said. “And then different nations also, on the national level, there’s a gap [between] rich and poor. This is not only morally wrong, but practically, long run, it is a source of problems.

“So therefore, we have to pay more attention to a more equal distribution.”

Recently, with coronavirus infections spiking, the Dalai Lama joined other global faith leaders to call on corporations and countries to make sure there’s enough vaccine to reach everyone in the world, calling it a “moral obligation.”

His Holiness also made a financial contribution through his Dalai Lama Trust to the PM-CARES Fund in India to help with the tragic COVID-19 crisis in that country. He described the donation as “a token of our solidarity with fellow Indian brothers and sisters.”

Last week, the Dalai Lama signed a letter with 100 of his fellow Nobel laureates urging a phasing out of fossil fuels. The letter states, “Allowing the continued expansion of this industry is unconscionable.”